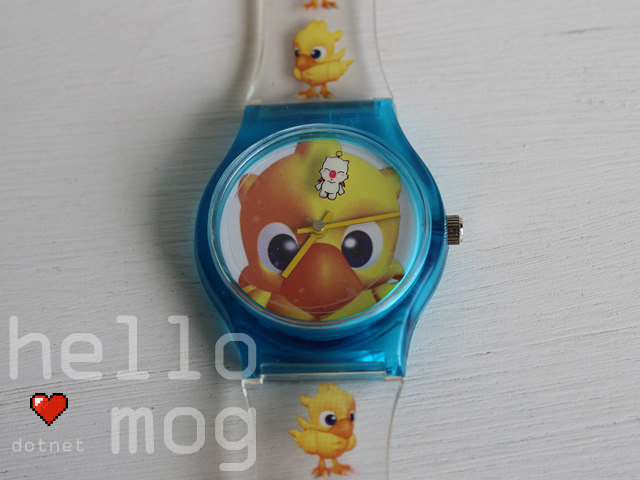 Notes: I have almost no information on this item as I’ve only seen it for sale online once. The quality is fantastic and the little moogle on the second hand is especially cute! There is still a clear film on the watch face, protecting it from marks and scratches. I can only speculate this is from Chocobo’s Dungeon based on the design, the moogle featured on the watch looks like Mog (he has a yellow pom pom rather than red) and he prominently features in the Chocobo Series of games, including Chocobo’s Dungeon. The chocobos on the watch strongly suggest Chocobo’s Dungeon rather than a Final Fantasy game based on their design