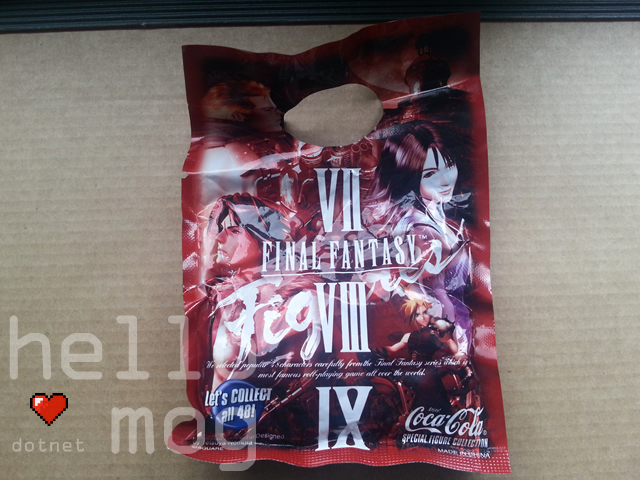 Notes: This is a sealed figure inside the original bag that came with a Coca Cola bottle. The Coca Cola set is a huge collection of Final Fantasy characters and creatures starting with volume 1, Final Fantasy VII and Final Fantasy VIII in 1999. Each figure has a painted and crystal red version – as well as a super deformed and a more realistic version. There was also a special edition item called the Special Box that was only available as a promotional prize; it contained various items including 36 painted Coca Cola figures (along with a special display stand) which had yellow bases instead of red. You can see my current collection of Coca Cola figures here