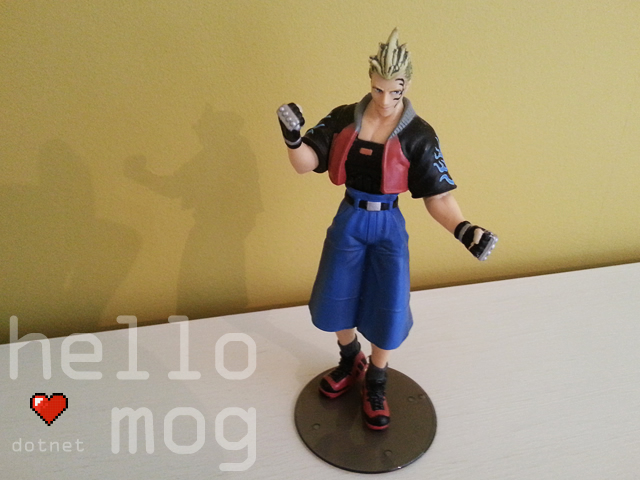 Notes: Extra Soldier figure from Final Fantasy VIII. Originally the figure was in a box with stand; I found the whole set of these figures in a small toyshop not long after the release of Final Fantasy VIII, and they were for sale for only £1 complete in their original boxes!