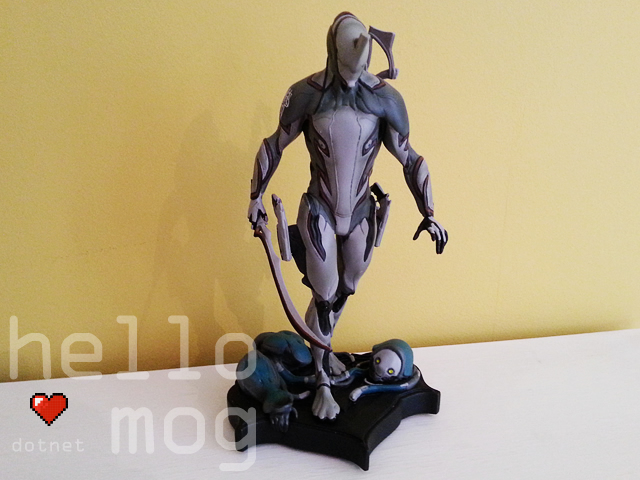 Source: Available through pre-order on the online official Warframe store and at San Diego Comic-Con 2014 (SDCC)

Notes: This statue is limited, and is exclusive to 1,111 pieces; each statue is hand numbered on the stand base. Statue comes in Warframe branded box and with in-game weapons (Latron, Skana and Aklato). The stand features broken parts of the Grineer enemy. The last photo below showing Excalibur on display also features the Warframe bandana 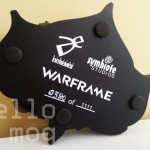 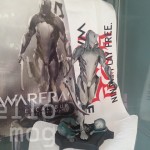