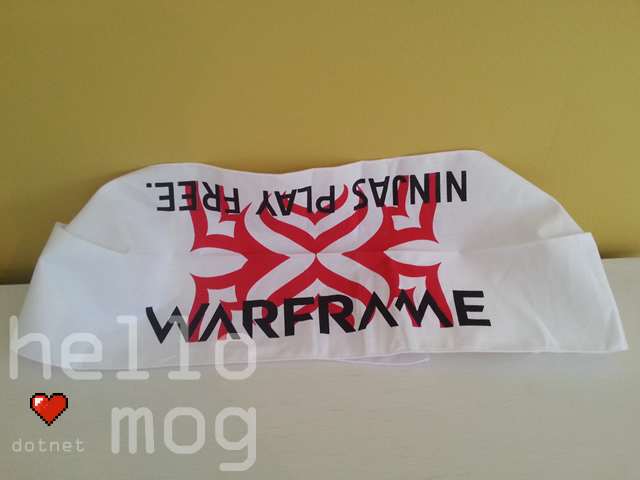 Source: Given away for free at Eurogamer 2013 by Digital Extremes

Notes: Including the popular Warframe slogan Ninjas Play Free. This bandana was also given away at other events worldwide including Gamescom 2013