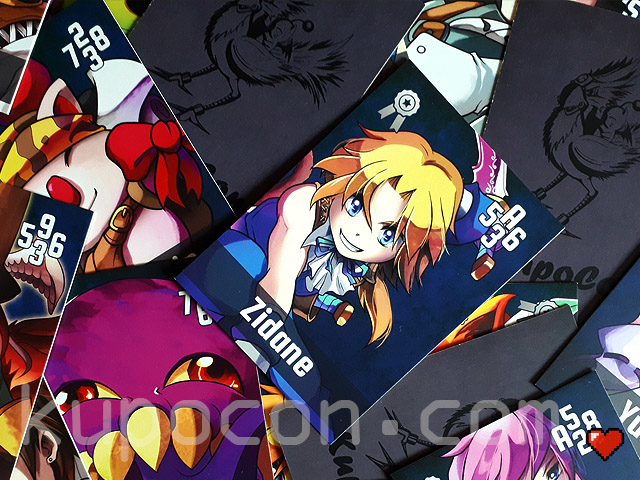 Notes: Exclusive to KupoCon events and based off of Final Fantasy’s Triple Triad, Gen 1 introduced 50 cards and was the first set of exclusive cards available at KupoCon. Each card features a character from the Final Fantasy series, art by Wavechan (@ireneylee). Some cards are rarer than others and one of the activities at KupoCon events is the TriPom Tournament! The cards are one-sided (with the TriPom logo on the back) for Gen 1 whereas from Gen 2, TriPom feature a character on both sides either with a red or blue background, double-sided to closely match Triple Triad. Gen 1 cards were reprinted for Gen 2 with new stats, however Boko and Noctis have noticeable differences including Boko’s name change to Chocobo and Noctis was given different artwork. Generation 1 TriPom cards are now discontinued and are not actively available at current KupoCon events 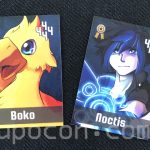