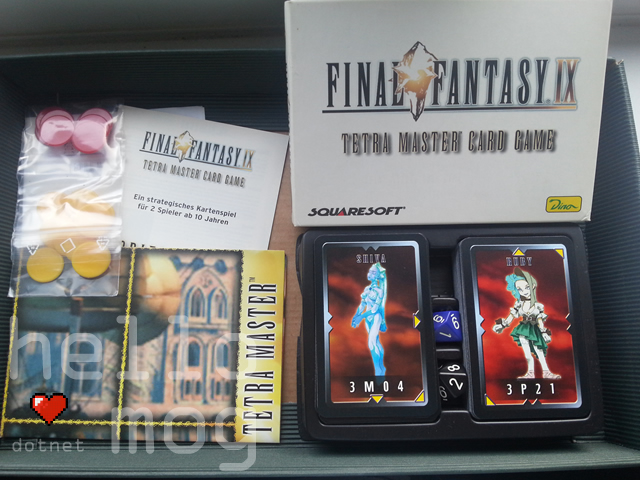 Notes: Very difficult to find sealed and in mint condition, this out of print card game is very desirable by fans. Each card is beautifully illustrated as in game – there are the official rules included (German and English), two ten sided dice and 10 yellow and 10 red counters for use on the Tetra Master fold out double sided playing board. There is also a cardboard display box which is sometimes seen accompanying the set