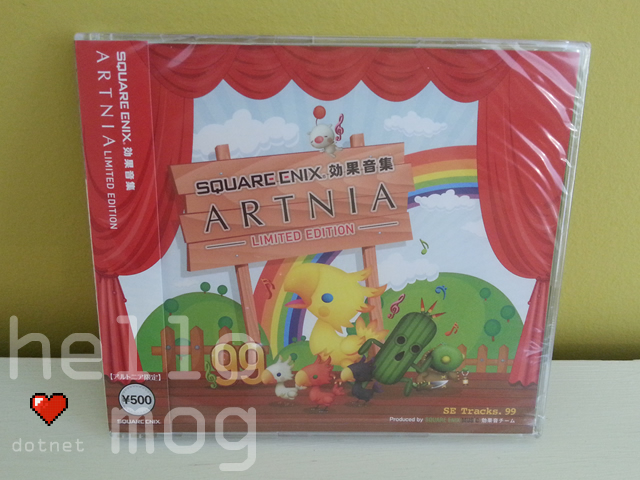 Source: Available only from the Artnia Store

Notes: 99 tracks are included on this CD, with many different sound effects of popular creatures from Final Fantasy and the Chocobo Series, including chocobo and moogle sound clips! This CD is limited,as it was only available to buy through the Square Enix shop, Artnia Store, which is located in Japan. The art style matches that of Final Fantasy Theatrhythm, a music and rhythm game on the Nintendo 3DS and iOS